The following books address the most common barriers to achieving optimal emotional, physical, and spiritual health 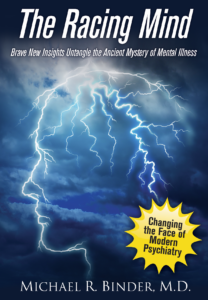 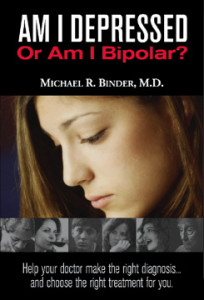 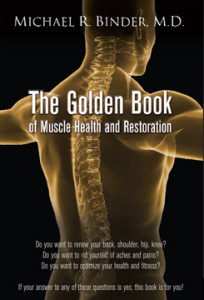 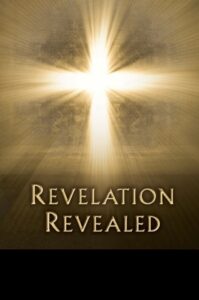 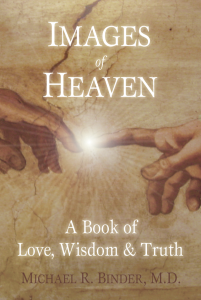 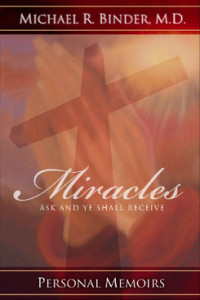 Mental and emotional suffering is the most common ailment known to mankind yet remains the most poorly understood. More than seventy percent of visits to primary care doctors are related to psychosocial issues, and neuropsychiatric disorders are a leading cause of disability worldwide. When we see people acting out of the ordinary–becoming easily angered, falling into depression, talking incessantly, having trouble sleeping, using drugs and alcohol–we naturally assume that they have complete control over their behavior.
But what most of us don’t realize is that the emotional system is made of more than just the mind; it also involves the brain. Of course, it is clear that we use our brains, but what is not so clear, even among most mental health professionals, is what the distinction is between the mind and the brain.
This book is about the dynamic relationship between these two parts of the cognitive-emotional system and the way they interact in sickness and in health. We will see how our limited ability to control our brains can explain the wide variety of psychiatric disorders from simple phobias to major depression and begin to better understand ourselves and others.
Included in this discussion, which is intended for both healthcare providers and patients, are precise details about what goes wrong in the development of psychiatric disorders and what we can do to prevent the escalation of symptoms before they get out of control and lead to a disruption of work and family relationships. Based on the dynamic interplay between the mind and the brain, we will see why natural remedies such as proper rest and regular exercise may be adequate for some persons and why medication and other medical treatments may be needed by others.
The concepts discussed in this book are based on over thirty years of clinical experience treating a wide variety of psychiatric disorders in conjunction with the latest scientific research. Through this knowledge, the inner workings of the human mind will be illuminated like never before, and the cause of mental and emotional problems will become more clear and less frightening. As a part of this discussion, we will review the various treatment options that are currently available with an emphasis on a revolutionary new approach that is unparalleled in safety and efficacy.
It is our hope that this information will empower those who have been affected by psychiatric disorders, optimize the effectiveness of treatment, and help end the long-held stigma of mental illness. Available only through the Binder Foundation

This ground-breaking book will help you understand mood disorders from an anatomical, psychological, and spiritual perspective with an emphasis on making the distinction between classic depression and bipolar disorder. Drawing from years of clinical experience, research, and intensive study, board-certified psychiatrist Dr. Michael Binder unveils the anatomy of the mind and uses numerous case examples to familiarize you with the various forms that mood disorders can take. Throughout the book, he also discusses how they are properly diagnosed and treated. Available on Amazon

Did you know that there is a scientifically-based way to restore the health and vitality of your muscles to the athleticism of your youth? This book reveals the hidden truths about muscle and the ubiquitous phenomenon of hypertonic spasm–a silently growing, permanent con-traction of muscle that affects all of us to some degree and slowly destroys the health and vitality of our muscles without our being aware of it until we begin to experience symptoms that are almost always misattributed to aging or to an abnormality of the spine or joints. In this life-changing book, you will discover how hypertonic spasm develops, how it causes symptoms, and, if you are already suffering its ill effects, what to do to get out of pain and stay out of pain without the need for drugs, injections, or surgery. Available on Amazon

The Revelation of Saint John is undoubtedly the most dramatic and picturesque book of the Bible. Yet for nearly two-thousand years, much of of what it foretells has remained an enigma because it is so shrouded in Semitic idioms and cultural symbolism. In addition, the Revelation of Saint John, like all spiritual visions, transcends the limits of time, a characteristic that adds another layer of complexity that has resulted in uncertainty about such things as the timing of the rapture of the church and the thousand-year reign of Christ. Consequently, Bible scholars, theologians, and commentators have become caught in an unending debate about the interpretation of many passages of Saint John’s vision.
As the return of Jesus Christ draws near, the Lord has poured out a special blessing and conferred new insights into the message of this final and most prophetic book of the Bible. The foundation of these new insights is the recognition that Saint John’s vision is actually a compilation of seven parallel visions that retell the same sequence of events in prophesy in much the same way that the first and second chapters of Genesis retell the same sequence of events in the creation of the world, and the four Synoptic Gospels recount the same sequence of events in the life, death, and resurrection of Jesus Christ. When understood from this perspective, the sequence of events in the book of Revelation becomes crystal clear because the sequence is the same in all seven visions! Many other passages of the book of Revelation become clarified as well because properly decoding the sequence of events allows us to better estimate the time period of the events portrayed.
These new insights are an enormous blessing to the faithful, as they help resolve centuries of debate about the book of Revelation, reaffirm the integrity of the Bible, and more fully illuminate the Lord’s glorious plans for humanity. It is our sincere hope that every person who reads this book will be renewed in the love of Jesus Christ and become better prepared for His triumphant return. Promo Video
Available on Amazon

This unique work is a study of the Holy Bible through the lens of science. Based on the most authentic complete Bible manuscripts in existence, Dr. Michael Binder combines his medical training and experience as a psychiatrist with the knowledge and insights of world-renown Bible scholar Dr. George M. Lamsa to help you understand the entire Bible, from the book of Genesis to the book of Revelation, in the language of our modern culture and times. Available only through the Binder Foundation

Miracles is a book of personal memoirs that recounts the acts of God in the life of Dr. Michael Binder, a physician and scientist, who has witnessed the loving hand of God through faith time and again. Packed with more than one hundred miracles, this inspirational work describes the experiences of the doctor himself, which are presented with the historical accuracy and detail that one would expect from a clinical scientist. Those who believe in God will be strengthened by this book; those who are uncertain will be inspired; and those who do not believe will be challenged to take the leap of faith that opens the door to heaven on earth. Available on Amazon